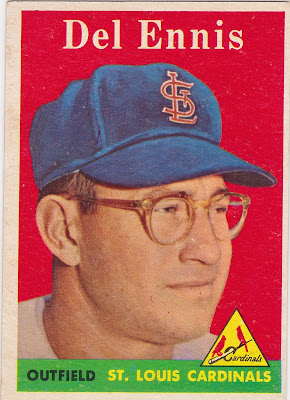 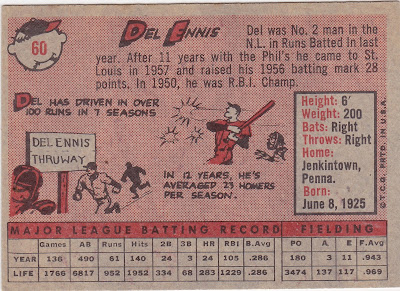 His numbers fell off sharply in 1958 and he finished his career by splitting the '59 season between the White Sox and Reds. He notably served in the Pacific Theater with the Navy during WWII. After baseball he owned a bowling alley, coached a bit at the college level and dabbled in greyhound racing.
Posted by Commishbob at 12:03 PM