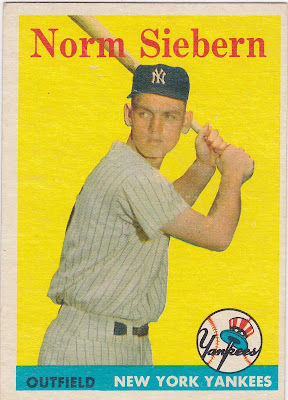 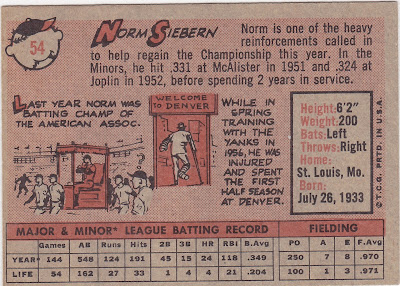 Norm Siebern was a baseball and basketball star in college. He played at Southwest Missouri State Teachers College along with Yankee teammate Jerry Lumpe. He had a military stint and a long minor league stretch before making the Yankees for good in 1958. He won a Gold Glove that season. He went to Kansas City in the trade that brought Roger Maris to New York and later preceeded Boog Powell as the Orioles' first baseman.

The Yanks don't have many yellow cards in this set. their main color is orange.

Posted by Commishbob at 7:00 AM