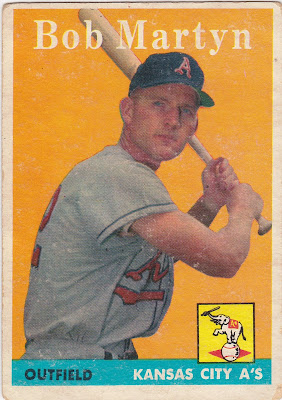 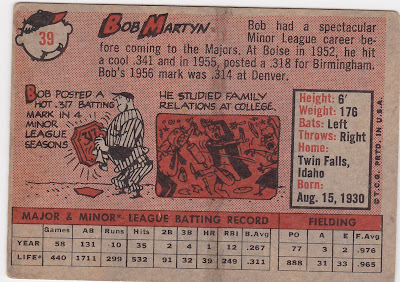 If I had a buck for every late 50s card I owned with that glue/gum stripe across the back I could easily finish off my open sets!
Posted by Commishbob at 11:52 AM