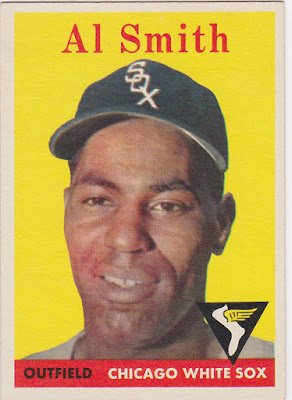 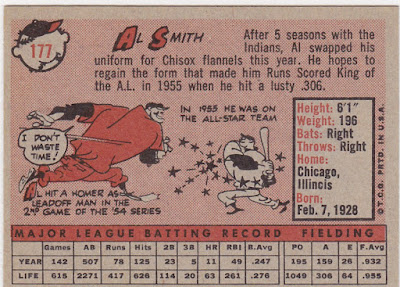 Al Smith began his baseball career in the Negro American League playing for the Cleveland Buckeyes. He then signed with the Indians in 1948. After a stint in the minors Smith made his big league debut in 1953.

He went on to play for 12 seasons with four American League clubs and gained a reputation as a fine defensive outfielder. He played in the 1954 World Series with the Indians (he homered) and the '59 Series with the White Sox (no homer but a classic photo): 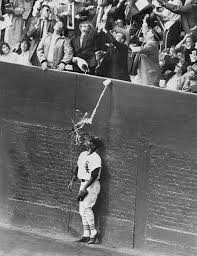 His best year in the majors was 1955 when he led the league with 123 runs scored. He made the AL All Star squad that season and finished third in the MVP balloting. In 1960 he again made the ASG and racked up another Top 10 MVP finish. In 1958 he was in his first season with Chicago and he hit .252 with a dozen homers.

Growing up in Missouri Smith played football as well as baseball as was a Golden Gloves boxer. After his baseball days he managed the Chicago park district's baseball program. He also was the supervisor of recreation for the city of Ogden Park, Illinois and worked for the White Sox as a community relations representative.