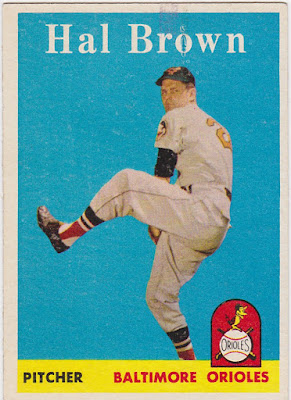 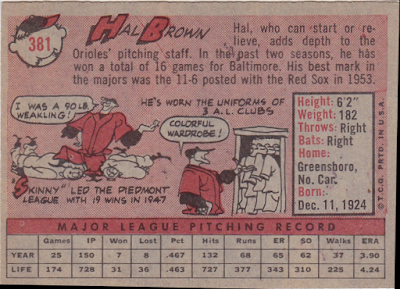 WikiFact #2: In 1961, Brown pitched a franchise-record 36 consecutive scoreless innings. But Skinny's most unusual accomplishment probably came during a loss. On August 31, 1955, Bill Wight started for Baltimore against Cleveland rookie Herb Score. The Indians roughed up Wight for five 1st-inning runs. "Skinny" started the 2nd inning for the Orioles in relief and proceeded to pitch eight innings of no-hit ball, striking out a career-high 10 batters, but the Indians won 5-1 behind Score's 13 strikeouts.
Posted by Commishbob at 2:25 AM