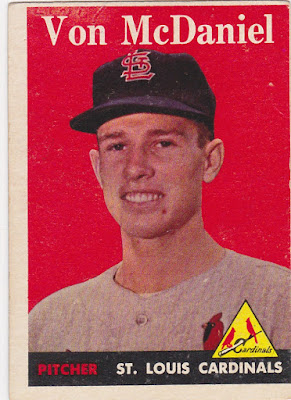 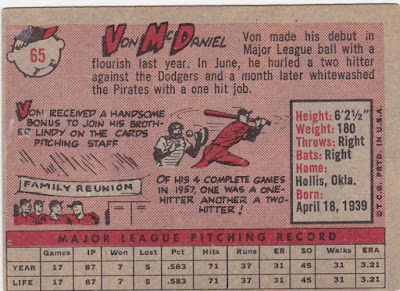 The McDaniel brothers only appeared in one game together that I can find. In September of '57 Von had a bumpy start against the Reds and was relieved by Lindy in the second inning. Older brother ended up getting a win out in that one.
Posted by Commishbob at 10:09 AM