Defining the Colors..not as easy as it sounds

I'm a card color geek. One of the reasons I dig the 'turn of the decade' sets that I've blogged is that (along with the nostalgia attached) I love how colorful they are. As I did with the 1959 set I'm going to delve into the colors Topps used in 1958 over the course of a couple of posts.

First I'm just showing the colors. They are the exact same ones Topps would use a season later. As of now I have not cataloged the coloring of the lettering or the combos used in conjunction with the position/team info block at the bottom. I'll save that for this summer if I have the time. Besides, once I start messing with that I have to contend with the well known variation of the 33 (or so) cards found within the first 108 on the checklist that have either the player or team name in yellow or white.

As I'm putting this together I'm also preparing a post that relates to which teams were featured on which colors. That is what really held my attention.

Meanwhile below are the eight basic card background colors. And a few 'tweeners.

Dark Green  There are a few slight color variances among the dark green cards but nothing to make me doubt they were all intended to be, well, dark green. 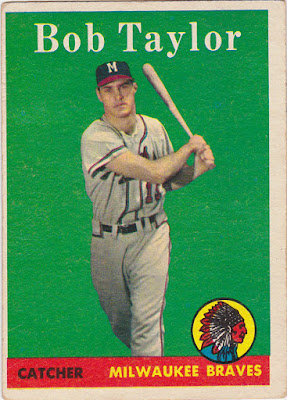 Yellow  By far the most common color. There are numerous different combos used with the lettering and color bar. 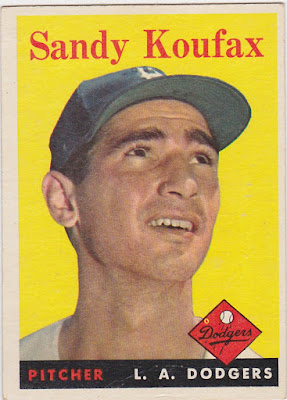 BTW... the Dodgers will be significant in the next post when I look at the teams and the colors they 'wore' on their '58s. So remember that Koufax card.

Pink  My favorite. Some of the backgrounds are seen only with the same other colors of lettering and bottom bar thru the set. Pink is one of those.  Every pink background card had black lettering for the name and a black bar with red and white position/team name. 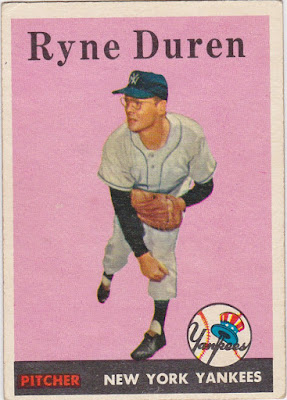 Dark Blue  Like Dark Green there are shades that vary within the blue background but not enough to make a difference. 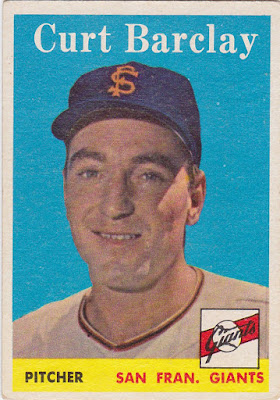 Light Blue This is rare enough to be a nice change while flipping through the binder. Plus it's the color of Brooks Robinson's card! 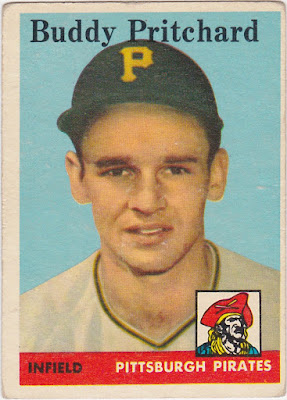 Light Green  Like the light blue these cards start to show up a bit later in the set. It's as if the designers decided to mix it up after a few weeks of looking at the same colors. 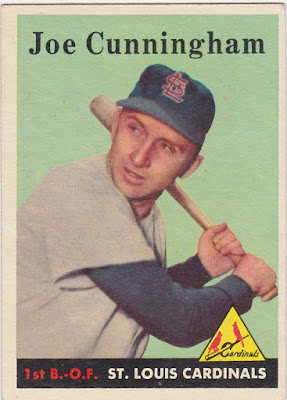 Black I love the black background. Harry Anderson's card isn't a good example of this but with really well preserved examples the black is really sharp looking. Black is also the least common background color and appears on the cards of only two teams. More on that in the follow-up post. 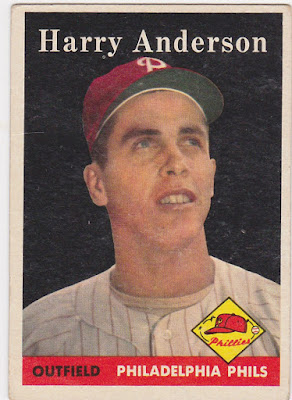 Now things get murky, in more ways than one.

Red  Most of what I have categorized as 'red' cards are obviously that color. Very bright, very bold, very red. But let's press on. 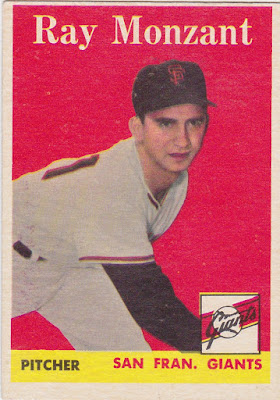 Orange (version 1) Orange cards come in two varieties. And I can't tell if they are supposed to be separate colors or not. I go back and forth on this. Tony Kubek's card is definitely orange. 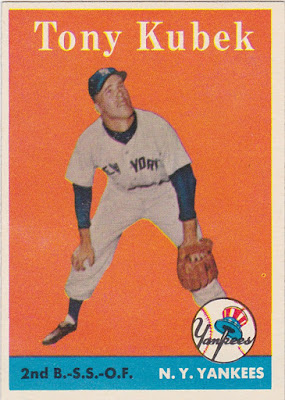 Orange (version 2) But now look at Jim Lemmon. I suppose I could just assume that the card has had it's color fade over the decades due to exposure and whatnot. But there are enough cards like this to assume that's just not the case. It's obviously a lighter shade than the Kubek. Did Topps intend this to be a different color (light orange, similar to light blue and green) or is it just a factor of the printing process that probably took place on different presses over time? 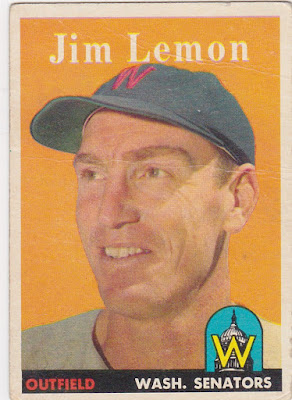 And then there are the cards that are only classified as orange because they aren't 'red' enough to qualify as red. Eddie Kasko's card is red, but what about Joe DeMaestri? It looks like a washed out red but it could be and off register orange. I think I went with red but I'm not very confident in doing so. 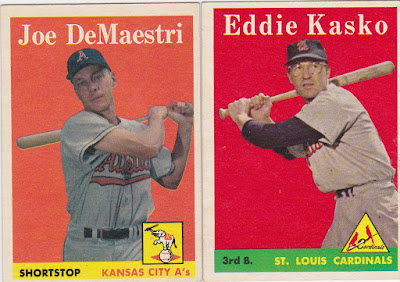 But look at Mack Burk's card. Orange? Red? I say orange if only because it sure looks like it compared to his cap. Sometimes a team has an overwhelming number of cards in one color so I assume the questionable ones were intended to be in that color as well. That wasn't the case with the Phils. Below that Bill Renna's card fits in there somewhere on the red-orange spectrum. It doesn't help that his is the only Red Sox card that would be considered either color.  I went red but it's close. 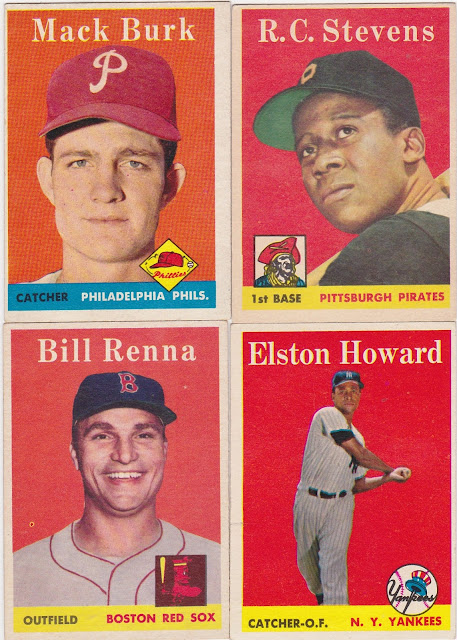 I went through this, spending a few hours on my Spring Break, knowing full well that I'm probably the only fool in the world who cares. But that's OK. It's one of the things I enjoy about cards so if it's important to me that's all that matters.

Next post will have a team-by-team breakdown and some general observations I made about the set as I flipped through my binder.
Posted by Commishbob at 11:45 AM