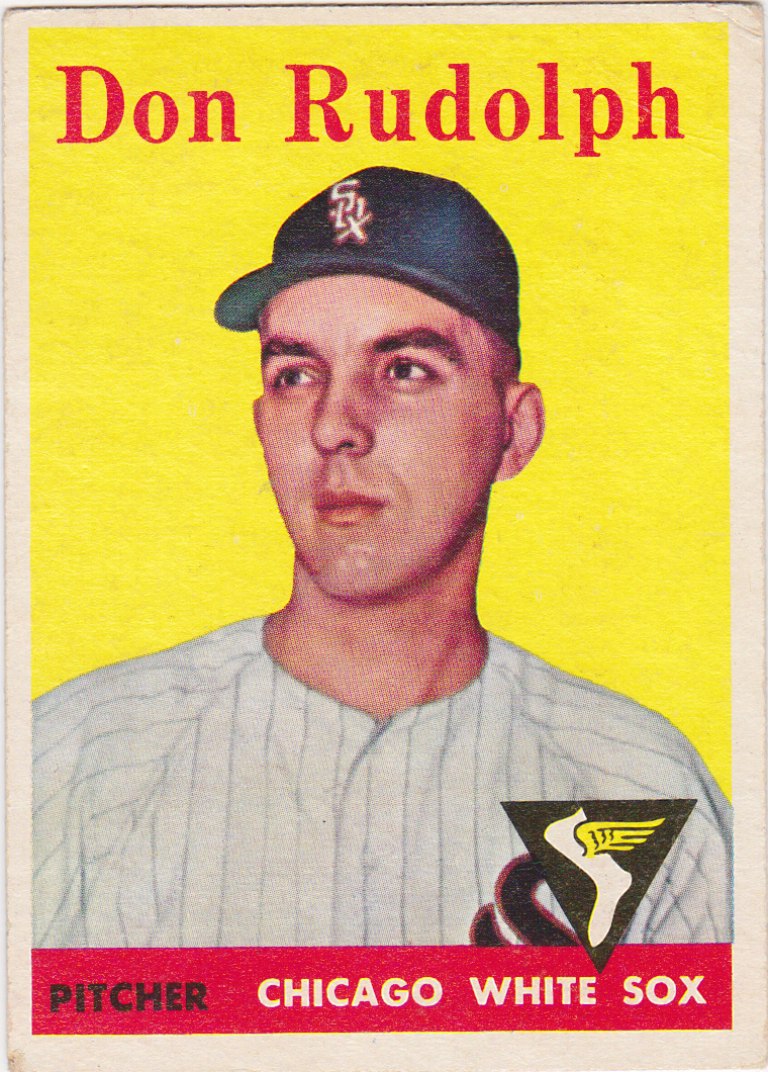 I've been interested the color breakdown of the 1958 set since I started chasing it. I had the same obsession with the '59 set. I decided to tally up the colors and make my observations as I did to the '59.

The colors used in '58 were repeated exactly in 1959. The same issues I had with the red/orange colors in the '59 set cropped up in this one. For a closer look at the colors and their variations see my previous post.

BTW...if you are interested in how the 1959 set was color aligned you can click these links to that set's American League cards and National League cards.

The chart below breaks out each team and the background colors used. As noted in my previous post I have not done much research into the combinations of background and secondary colors (player name/color bar/team/position). Nor have I looked at the colors by series which might be interesting. Once I'm retired in a year or so I might have a few projects to tackle.

Take a look at the chart which breaks the set by team. Following it are a few observations I made from the chart itself and some of the notes I took as I was doing my tally.


Note: This chart covers the regular one-player cards. The team cards (all had yellow blocks), multi-player specials (no color background) and All Star (AL:red or NL:blue) are not included. The League Presidents card  (#300) is also not included. It has a yellow background. 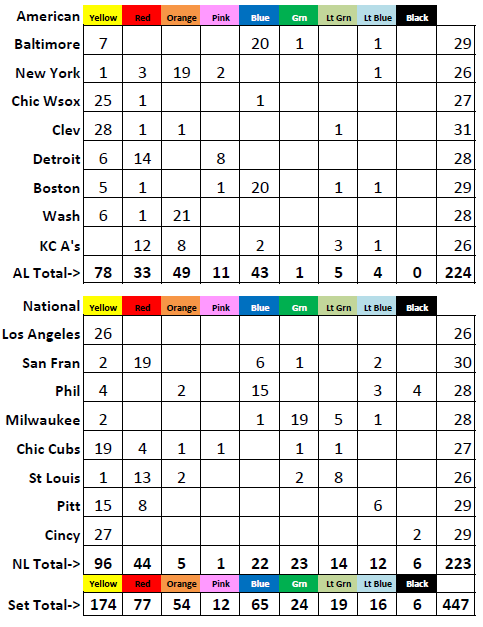 Random thoughts and chart observations:
Let's pause and check it out.....one of these is not like the others: 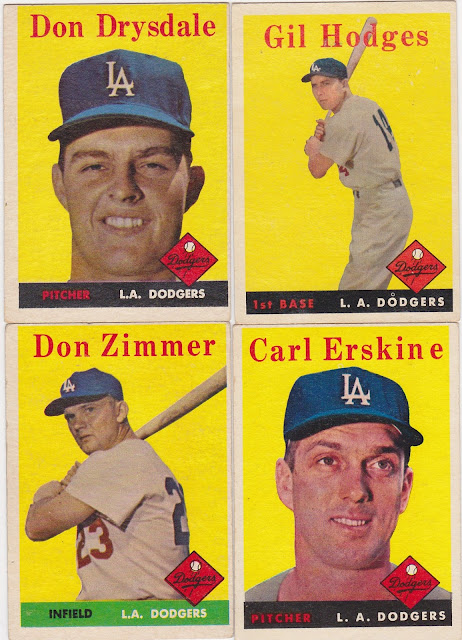 Don Zimmer, card #77, had a green bottom bar and a black position designation. His is also one of the cards that comes with the yellow team name lettering variation. If all of the above is related is a question for another day. I wonder why they decided that all the Dodgers would get yellow backgrounds? Why is Zimmer's card different than the others? Is there a correlation between his card having a green bar and it being one of the variations? Sooo many questions.
As I was paging through the binder I found the following things interesting;..starting from the first page and moving forward the Yankees were the first club to be seen in three different colors... the Cubs the first to four, five and then six different colors....the Reds' first 20 cards to appear in the set are yellow with Bob Purkey's black #311 finally breaking the pattern..all 27 of the Reds' cards with the yellow backgrounds have red players names, a black bar with red position and white team lettering. There is no 'Don Zimmer' outlier...all of Cleveland's yellow cards have a green bottom bar with black team name and white position. 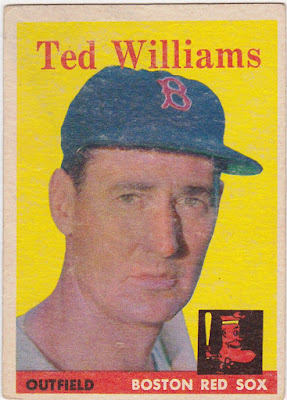 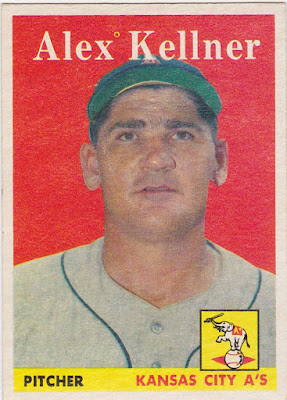 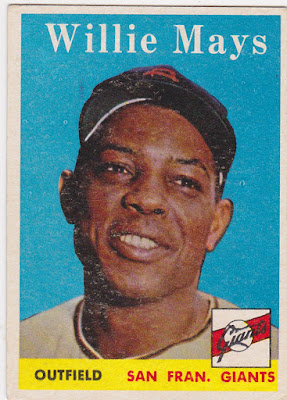 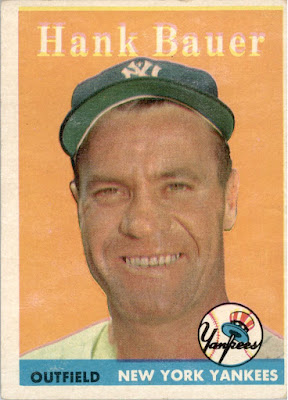 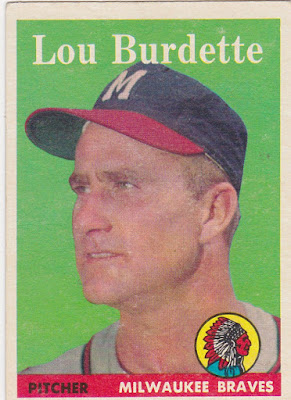 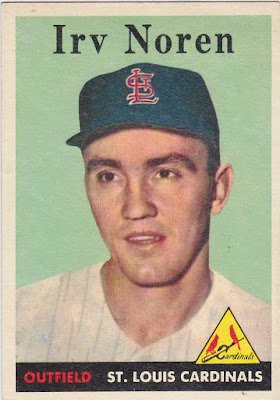 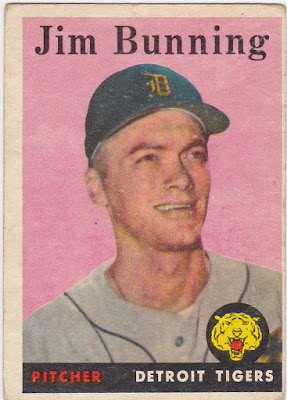 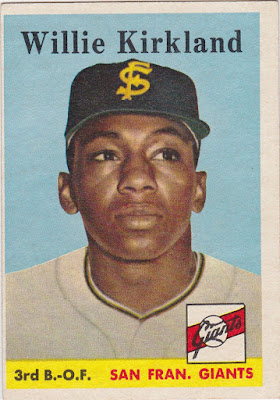 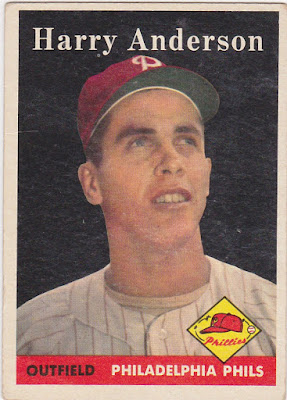 Let's look for a second at Wally Moon in this set. 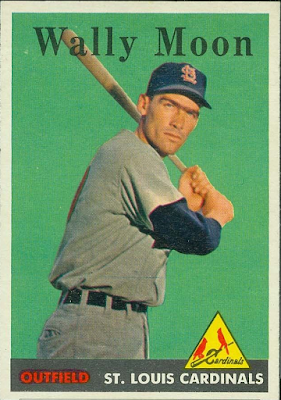 I scribbled his name in the margin of my tally sheet because I had to ponder the color to mark down. At first glance it appears his card would fall into a new category, 'medium green'. But it also looks darker than Lou Burdette's card which I classified as dark green since that's what nearly all the braves cards are. It's a bit washed out but I had no issues with dark green for Burdette.

So where does Moon land? Definitely darker than Irv Noren's card. But I'm picking light green. Why?

Because when you place it between the two indisputably dark green Cardinals it just doesn't come close to matching. The black name convinced me that Wally Moon is light green. That he has an impressive uni-brow was never in dispute.

And I'll end with a card that typifies the red/orange conundrum. 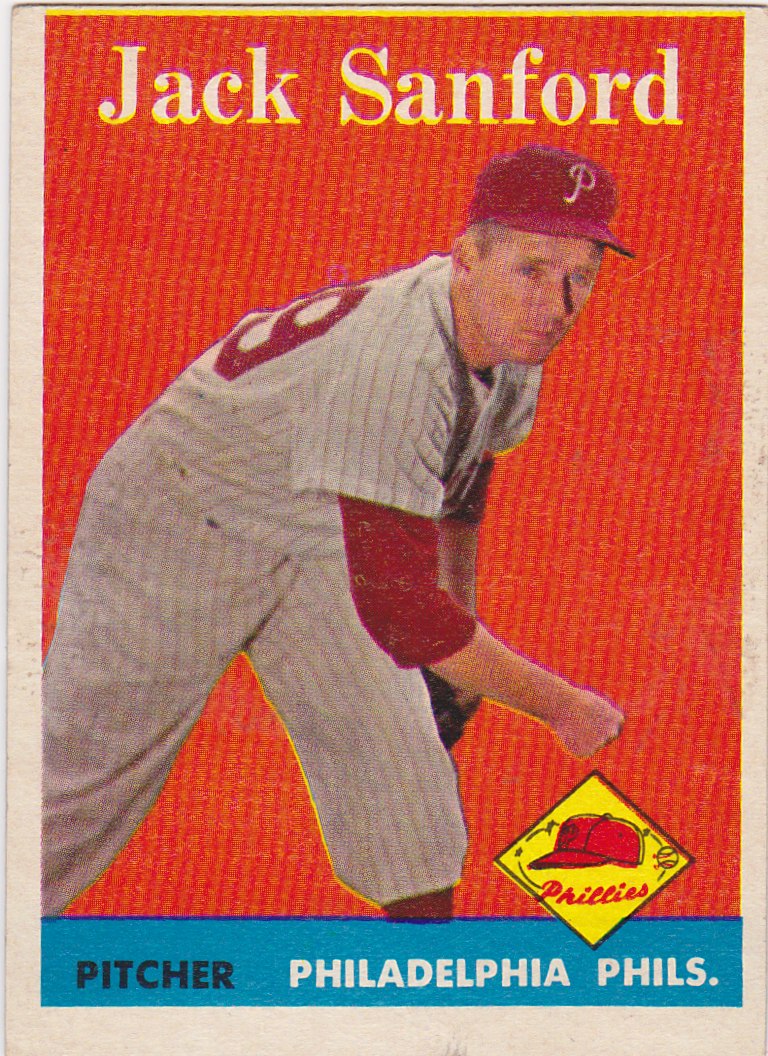 Oh, if you were wondering why Don Rudolph's card led off this post....read this.
Posted by Commishbob at 12:10 PM