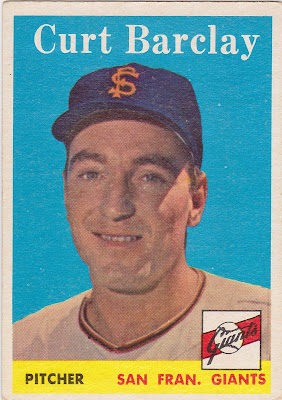 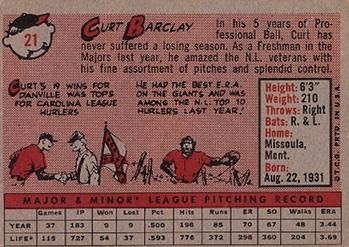 A baseball/basketball player at the University of Oregon Curt Barclay got the bulk of his big league experience in 1957 with the Giants in New York. He notched nine of his ten wins that year in 28 starts. He had been a workhorse in the minors after debuting in 1952 and then doing his military duty during the Korean War.

A sore shoulder derailed his career and he only made a few appearances with the Giants in San Francisco before retiring after the 1960 season. He worked for a lumber company after his playing days and died at the age of 53 from cancer.

The Confederate flag makes an appearance in one of the cartoons on the back of this card. As does the artistic rendering of the SF cap logo we've seen on these '58s. 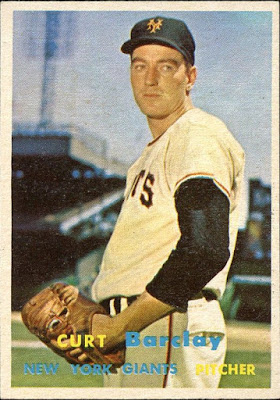 Posted by Commishbob at 8:43 PM